There’s no doubt that many people would agree to the fact that the majority of artwork found in museums and private collections around the world are priceless. Let’s take a look at some of the artworks – from Old Masters to contemporary works – that no one can deny are some of the most expensive in the world.

A Leonardo da Vinci painting has been sold for a record-breaking $450 million this week, at Christie’s auction house in New York. The figure more than doubles the existing record for an artwork sold at auction: a $179.4 million bid for a Picasso in 2015.

The painting – a depiction of Jesus called Salvator Mundi – sold for the comparatively a small sum of $10,000 12 years ago. Some experts believed it had been painted by one of Da Vinci’s followers.

There are some critics who still question the work’s authorship, but the majority of scholars believe it to be authentic.

The doubts did not dampen the 19 minutes of bidding, during which the painting climbed from a guaranteed pre-sale bid of $100 million.

This abstract landscape by the Dutch-American painter commanded the highest price ever paid in a private sale for an artwork. Hedge fund billionaire Kenneth C Griffin bought it, spending $200 million on Jackson Pollock’s Number 17A at the same time. 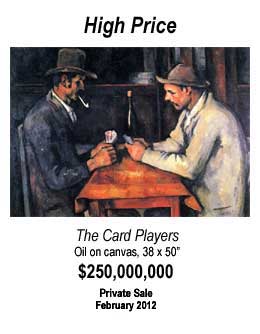 When Qatar’s Royal Family bought one of Cézanne’s five versions of this scene in 2011, they paid double than any existing record for an artwork at auction. The men who posed for the painting included farmhands on Cézanne’s estate, who may have been surprised by the price their depiction reached.

4. Nafea Fan Ipoipo(When Will You Marry?) by Paul Gauguin, $210 million

French post-Impressionist artist Paul Gauguin painted it during his first trip to Tahiti, where he later lived for six years. When the artwork changed hands – after two years of negotiations – for a reported $300 million in 2015, it was called the most expensive painting ever sold. But a High Court lawsuit over an alleged outstanding $10 million sale commission revealed the buyer had paid only $210 million. 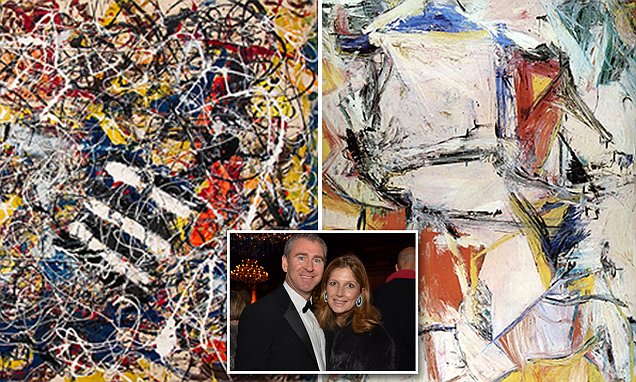 This was the second artwork bought in 2015 in a $500 million deal by hedge fund manager Kenneth C Griffin. Pollock, an American abstract-impressionist known for his style of drip painting, also created the 11th most valuable artwork, No. 5, 1948. It was sold for $140 million in 2006.

Some beautiful artwork that catches the eye can be found in Grand Muthu Forte da Vale, Portugal

A fantastic summer is waiting for you! Book your summer holidays now and take advantage of our Magnificent Muthu Offer at Grand Muthu Forte Da Vale and enjoy an extended holiday on the Algarvian coastline overlooking the ocean.